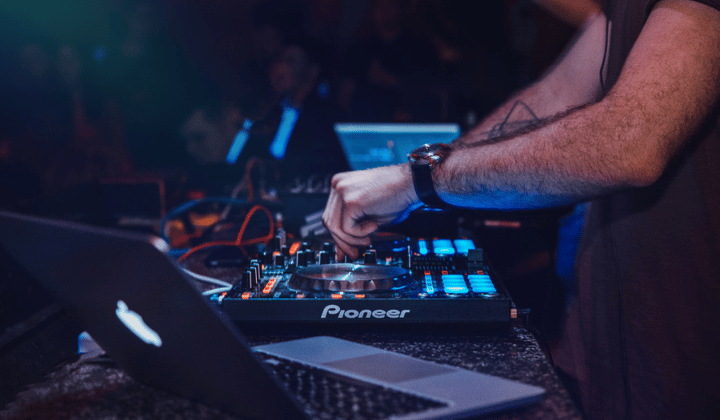 In my last blog,  I showed how to use a match cut to create an audio loop. In this blog, we’re going to look at how we can use a match cut to jump ahead in time, and how DJs and editors use this technique to keep their audiences engaged.

The Role of the Video Editor

The primary job of a video editor is to tell a story in a shorter amount of time than it would take (or did take) for that story to unfold in the physical world. So when telling a story, the editor's most important job is to choose which details to leave out. Typically, the first step is to boil down all the details to only those that drive the plot forward.

The best storytellers know to leave out as much fluff as possible so that they can focus on the details that really matter. They also understand what the audience will be able to figure out for themselves. This is important not only because it keeps the story more succinct, but because it engages the audience when they must fill in the gaps themselves.

For example, let’s say that I want to tell you about the last time I tried to take a shortcut home.

I could set the premise by telling you that “I was riding home from work on my bike yesterday and because I was in a hurry I decided to take a shortcut.” The sentence is straightforward full of important details to the story, but there are no gaps for the audience to fill in.

Let’s try again: “Yesterday I was pedaling fast through a rough part of town I had never seen before. As sweat started to leak from my palms onto the grips of my handlebars, I started to wonder if taking a shortcut was actually going to cut my life short.”

In the second example I’m expecting the audience to piece together that I’m on a bike, in a hurry and taking a shortcut without making those details explicit. The descriptive details also allow for the audience to feel the story, not just hear it.

But the audience will always be asking themselves, “Where is this going?” To be a good storyteller, get them guessing right away. Don’t put all the information out sequentially. Create opportunities for your audience to make assumptions. They will pay attention to your story because they want to see if they guessed right or they will stay because they don’t know but they’ve already starting piecing your story together themselves.

What does this have to do with match cuts? Stick with me as I continue this example as a video.

Imagine a shot of someone riding a bike: a close up of bright white and red sneakers mashing the pedals around and around. All of a sudden we see the feet stop moving and hear the brakes squeal. Cut to a shot of a bike in the street and the sounds of an ambulance driving away. Now you’ve allowed the audience to make an assumption. They will probably assume that the person we saw pedaling was in an accident. They might assume that we’ve cut ahead to a time after the crash. Now they are engaged in the story because they are guessing. Next, we could cut to the red and white pair of shoes on the edge of a hospital bed, and some of the audience would feel gratified that they were right. If we wanted to keep our audience on their toes, (and why wouldn’t we?) we could hold on the shot of the bike in the street and see someone ride a bike into frame. We see this person stop, get off their bike and look at the wrecked one. Cut next to a close up as this person reaches down to pick up the wrecked bike. He is wearing the same red and white shoes. Now the audience has started guessing again and they’re waiting to see what happens next.

Every time we cut from one shot with a prominent visual (the shoes, the bike) to another shot with that same thing somewhere else, the audience will automatically begin to try and connect the dots. This is a version of the match cut, one where the editor can really jump ahead in time because of a visual link.

DJs are doing these same types of match cut edits to keep their audiences engaged, but they’re doing it with sounds and beats instead of visuals. The match cut works because of the anticipation for something after it has been shown or heard repeatedly. As long as there is a consistent beat or lyric to being repeated, the audience will be entranced and the DJ is free to move around and evolve the mix until he can find another consistent sound to harmonize or replace it with. The same logic follows for video editing. As long as the audience has a consistent visual item such as a prop or character to follow from shot to shot, the editor can get away with jumping ahead in time or from scene to scene without the audience losing the rhythm or flow. Both DJs and editors can build suspense by going against this expected rhythm and build audience anticipation for the next edit.

In this example from 2001: A Space Odyssey, (arguably the most famous match cut in cinema history), sometimes all that is needed to achieve this effect is spatial consistency.

After the ape throws the bone into the air, the film suddenly cuts to the spaceship. This is considered a match cut because the bone is of a similar shape and in the same position in the frame as the ship. The reason this match cut is so memorable and effective is because with one simple edit the audience is given a metaphor of evolution and the story progresses thousands of years into the future. The spatial similarity of the two shots smoothens the sharp contrast in the subject matter. Without the match cut, the audience would be confused as to why the story goes from apes into space. The match cut helps the audience see the intention of the edit and more easily accept it.

So in review, whether you’re a DJ or a visual storyteller, keep driving your story forward and give your audience a puzzle to put together as they hang on for the ride – it will make the journey much more entertaining. 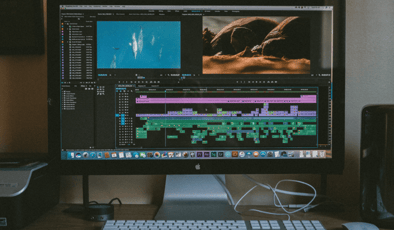 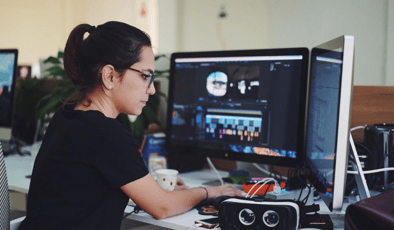 Advice for an Aspiring Video Editor

This post contains advice I gave to someone aspiring to be a video editor. The first part of this...