What is a Codec & Why Should You Care?

Video files are some of the most diverse types of computer files, because of the wide variety of ways they can be processed and saved. Currently there are over 25 different digital video formats in use.

There are two important aspects to understand about the structure of all video formats: the codec and the container.

The Codec vs. The Container

The codec, or ‘coder-decoder’ is essentially the language in which the file is saved. Each codec compresses raw picture information in its own unique way.

The container is the wrapper that holds the video file into a neat package. It is represented by the extension at the end of the file. .mov, .wmv , or.mp4 are the most common formats in use today.

When explaining codecs and containers, I like to use a metaphor of language and country: the codec is the language, the container is the country, and your computer acts as the translator. Every country has at least one main language, but it is common to have several other languages spoken within it as well. For example, if you are in Spain, you might assume you will only hear Spanish, but could also come across the other native languages: Catalan, Aranese, Basque, or Galician. In the same way, if you are playing a .mov file, you might assume the codec was ProRes422, but it just as easily could be Animation, ProRes4444, or an H.264 codec.

This is a note to all the clients and producers out there who simply ask for a .mov; you’re only asking for one piece of the puzzle. If you’re unsure what to ask for, your editor should be able to choose the best codec for you as long as they know how the video is going to be used. For instance, is it going to be sent to broadcast? Is it going to be streamed online? Is it going to be given to another editor or production house? This information is very helpful, if not necessary, for editors to know when encoding a video.

Why are there so many formats and Codecs?

Some formats and codecs were evolved by camera manufacturers to enhance write speed to camcorders (AVCHD). Others were created to be mastering formats and work with certain editing programs (DNxHD). In recent years codecs have been developed to smooth streaming ability on the internet and on mobile devices (Ogg Theora). Some are outdated relics that are hardly used or shouldn’t be used anymore (looking at you .flv).

It may be tempting to think that if we could just get everyone speaking the same language everything would be a hell of a lot easier. Yes things would be simpler, but video has too many different applications and uses to be refined to one codec or container. It’s a much better solution to improve the computer’s translation ability than to limit the number of languages. The easiest way to do this is to make sure you have as many codecs as you can installed on your computer.

A lot of codecs are built into Windows and OSX, so you will not have trouble playing video in the most common containers. However, if you’re looking to open a video file with a foreign container or codec, you may need to download more. The free preference pane Perian (http://www.perian.org/) is a great (and free) tool for Mac users looking to expand their codec library. If you’re on Windows, or looking for an all-in-one solution, look no further than the free application VLC. (www.videolan.org) The orange traffic cone icon is something you’ll see in the application list of nearly every video editor and video engineer’s computer. It’s so good at reading almost any type of video, it could be considered the Rosetta Stone video player. It’s so easy to use, you won’t ever need to know the difference between .mkv and. mp4. 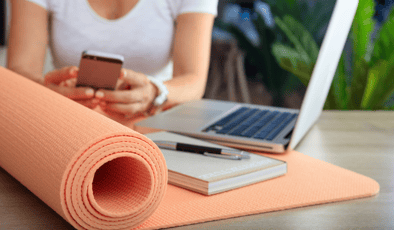 One of my favorite features on LinkedIn is the blog posting from their so-called Influencers.  The... 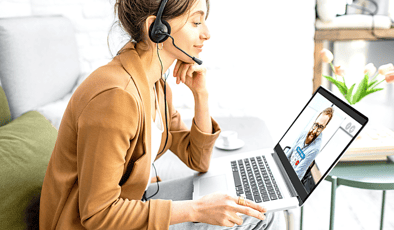 Remote work is the new normal for many of us in response to COVID-19. Businesses have turned to...