Gaming is a complex ecosystem of creators and technology. Together, it's shifting the passive way we formerly consumed entertainment towards interactivity and immersive realities. The gaming industry's current value is $43 billion, which is more than the music and movie industries combined! While a select few brands have already capitalized on partnerships within gaming and esports, others haven't quite realized the potential it has to offer. There's a critical need for brands and development studios to improve the gaming workforce by hiring top talent, maintaining compliance, increasing employee satisfaction, and reducing turnover.

Scope of the Gaming Industry

Video game enthusiasts have evolved beyond the stereotype of lazy players in basements. A 2019 report from the Entertainment Software Association (ESA) notes that "75% of Americans have at least one gamer in their household, and 65% of American adults play video games."

It's no secret that the industry is massive and still growing. However, it can be challenging to understand the full scope of this vast ecosystem. An excellent place to start is in learning the key components and terminology.

The Expansion of Esports

In 2019, CNN projected that esport events and competitions would have 345 million viewers by the end of the year. It's not a surprise either since esports teams, such as D.C.'s own Washington Justice, are rapidly earning fans in their home cities. Gaming arenas are even popping up across the U.S. to support the booming growth of gaming viewership.

Gaming arenas in the U.S. include:

Impact of Gaming Across Brands

It's evident that gaming and esports viewership is booming - now, let's talk about the implications for brands and organizations.

Screen time is a hot commodity for brands since time spent playing (or watching others play) video games is at an all-time high. As a result, brands are struggling for market share to turn those viewers into customers. Non-endemic brands, like GEICO, consistently market towards gamers by partnering with publishers and streamers. Even luxury brands such as Louis Vuitton realize the advantage of getting involved. During the 2019 League of Legends World Championship in Paris, Louis Vuitton found a creative way to gain recognition by making a custom trophy case for The Summoner's Cup (see below), awarded to the winning Chinese FunPlus Phoenix team at the end of the competition. 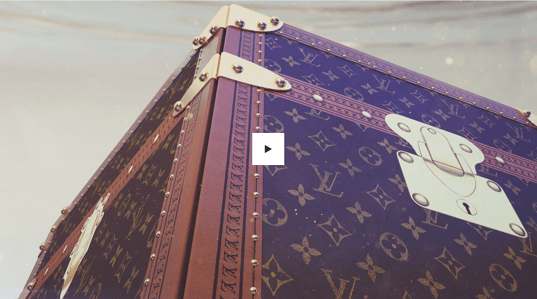 Not only are brands embracing gaming industry technology, but so are government, medical, and educational institutions. Many have reaped the benefits of using 360-video and virtual reality (VR) for training. The implication of gaming across these industries increases the need to hire talent such as actors and engineers with experience in this new medium.

The scope of the gaming industry is impressive, but success also brings significant challenges for both companies and the talent they employ. Tech giants like Apple, Google, and Amazon attract large applicant pools, especially as they try to expand within the industry. As a result, it's challenging for smaller development studios and publishers to hire top candidates, especially with competition so fierce.

Turning to the workforce, creative and technical employees strive to keep the machine in motion. However, those employed in gaming work under immense pressure from external and internal expectations. Developers even have a specific term for periods of high stress, called "Crunch." Leading up to fast-approaching game launch dates, patch releases, and the holidays, Crunch is a pervasive compliance issue in gaming. Crunch can be characterized by intense periods of overtime during the development process, in which the employee, or game developer, may or may not be adequately compensated by the employer. Some Crunch time is voluntary, but a majority of studios make it mandatory.

It's no surprise that studios have high turnover and unaddressed complaints when the stress of burnout couples with HR issues. Luckily, change is on the horizon. Some work environments have improved since Gamergate in 2014, and organizations like the International Game Developers Association (IGDA) are moving efforts forward to make a change. Development studios are now partnering with staffing agencies to increase the scalability of the contingent workforce needed during busy months. 54% of developers now favor unionization, and this opinion is gaining more traction with organizations like Gamer's Unite.

There are many benefits for companies developing teams in the gaming industry to partner with staffing agencies for success. Staffing agencies, like TeamPeople, can be your one-stop-shop for recruiting, onboarding, management, payrolling, and scalability. They are uniquely equipped with agile resources, large talent databases, and knowledge of compliance and legality in the workforce. Studios and development teams are utilizing these outsourced talent solutions to increase sustainability and focus on creative development.

Once companies build their ideal teams, it's imperative to retain that workforce and reduce turnover. Providing employees with benefits coverage and professional development opportunities can increase productivity, satisfaction, and retention. Many staffing agencies already have agile resources like benefits packages and growth opportunities in place. For example, TeamPeople offers talent LinkedIn Learning as a professional development tool so they can explore further training. Hiring a diverse group of employees can also increase retention, yet 28% of developers said that studios don't invest anything in staff inclusion and diversity issues.

The gaming industry's existing success has exponential potential, but the ecosystem can't sustain itself alone. TeamPeople can find the next graphic designer for your development team, or even staff your next marketing event with expert audio technicians. Working with a staffing partner like TeamPeople will lighten the workload for game developers and brands so they can focus on making impactful entertainment experiences.

Let's improve the gaming workforce, starting with your team! We'll work with you to find the perfect solution to enhance or grow your gaming department or studio. Reach out to learn more! 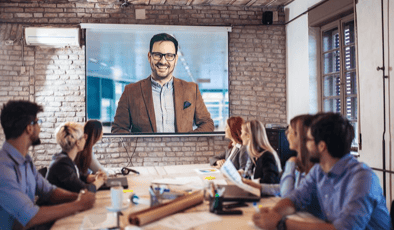 Are you using video to make your team stronger? Engine Creative reported that 93% of internal... 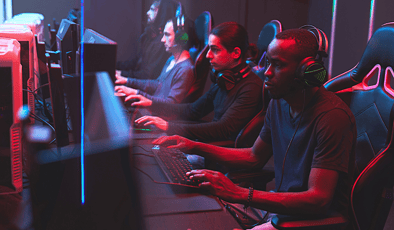 Gaming is a booming, $149 billion global industry that's grown rapidly since the onset of COVID-19....