AV Technology Can Be a Game Changer 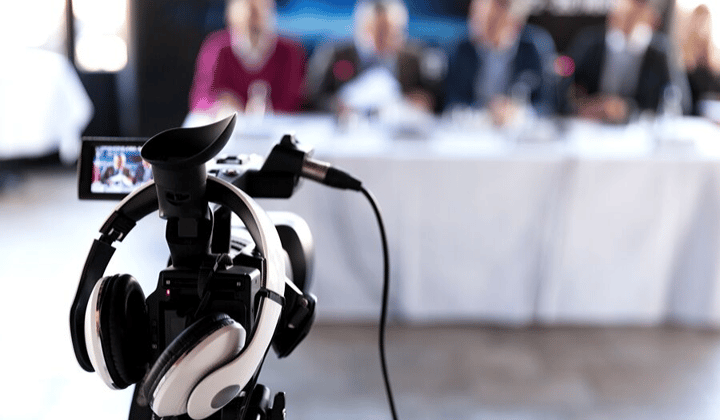 When technology is at its best, it should seem almost magical, with all components functioning in harmony, instantly responsive, intuitive and discrete. The result will be some small miracle, like moving pictures (TV), instant communication to anyone anywhere (cell phones), or hearing someone speak at an impossible distance. Good technology solves a problem so completely that people will eventually take it for granted, because no other solution is conceivable. In the world of Audio Visual, a well integrated system should be all but transparent to the casual user, but still offer the flexibility demanded by technicians pushing the limits of the design. When this happens, AV technology can be a game changer.

Recently I completed work on a project that required a high level of design and technological sophistication, and without a group of dedicated, talented people, along with some cutting edge equipment, we could not have achieved the simple (sounding) goal of making the human voice intelligible in a large open space.

At first glance, this is the type of challenge that is the bread and butter of the AV/Conference world. Joe Technician would put up a couple of speakers on stands, slap a microphone on a podium, run some cables, and that would suffice. However in this instance, the normal tools of the trade would have been a poor fit because the space we are talking about is over 300,000(?) square feet, enclosed with 13 stories of glass walls, a glass ceiling, and a floor consisting of a concrete compound similar to marble. This event space exists at the intersection of four large office buildings which take up an entire city block. Our clients expected nothing less than the ability to deliver pristine audio to audiences as large as 3,000 spread around huge jutting architecture, two prominent stairways, and with a balcony as large as a tennis court in the middle of the hall. The integrated audio system would have to produce feedback-free sound reinforcement for audiences of varying sizes, with staging in various locations, and also have full range frequency response for great sounding music performances and playback. Lastly, form would be as important as function, so the speakers would need to blend into the architecture.

The project began, unofficially, when the previously installed, ten year old sound system was hit with a power surge, crippling most of the hall's speakers. After performing some AV archeology to interface with the speakers' onboard software, it was determined that they were not worth salvaging. Because our client uses this space heavily for large, high-profile events, we designed and installed a temporary system of speakers on stands so that there would be no downtime while a more permanent integration was conceived. After applying equalization, and time-delays to the individual speakers, driven from a traditional, digital audio mixer with on-board signal processing, the room sounded very decent with the temporary setup. By the client's accounts, it was already a marked improvement over the previous system. Ultimately, it proved too obtrusive, and decidedly not user-friendly to operate, but it did buy us the time we needed to do the job right.

Two product manufacturers were ultimately brought onsite to have what is referred to as a “shoot-out”. Two product representatives setup their arrays side by side, and a single channel of audio was sent to each from the same source material: music, a vocal recording, and a live person speaking into a microphone. A group of us evaluated the performance of each speaker in an A/B fashion. The group was made up of TeamPeople staff, including myself, the client, the audio consultant, and staff from General Communications, who would be performing the physical installation, as well as testing, and performing initial configuration of the system.

After careful consideration of the sound of the two products, their acoustic impact on the space, and the ability of the companies to provide parts and maintenance for their speakers, we decided on Renkus-Heinz. This was our first time using their products, but we were won over by the musicality of their system and even more so by how their product didn’t bounce sound all around the giant glass and concrete hall for which we were designing.

The true challenge of our hall was its echo. An auditorium designed for speech will minimize and diffuse the amount of sound which can reflect off surfaces, because direct reflections tend to sound harsh, and multiply with each subsequent reflection, muddying the sound quality and ultimately the ability for the audience to understand what the speaker is saying. For a medium sized room, you would expect the echo produced to be less than audible in a fraction of a second. In our hall it took 5 seconds for the echoes to quiet down. That is an enormous decay time, and a daunting challenge for speech intelligibility. The speakers we choose have steerable, narrow beams of sound, which can be precisely aimed for discrete coverage. Once you walk outside of the beam, the level drops off considerably, which was exactly what we needed to minimize the echo of the hall.

Now that we had our steerable loudspeaker array, the audio consultant worked with, the client, the AV integrators, myself and a few other TeamPeople staff to implement his design and ensure that the sound reinforcement would be adequate to cover the entire area. This took place over two Saturdays, with the manufacturer's representative coming in for final system tuning and commissioning. I was amazed at how the speaker’s audio could be steered without mechanical movement to cover specific areas. The manufacturer’s rep spent 8 hours aiming and adjusting the timing of all ten speakers, and at the end of the day you could walk the entire floor of the hall and not notice any drops in level as you passed from one speaker zone to the next. The new system did not sonically energize the hall the way the previous or temporary system had, and was free of hot spots even where adjacent audio zones crossed.

When the project was concluded the new audio system was received with accolades; it sounded absolutely beautiful and natural. Simple to use for standard events, and also easily reconfigured for more advanced use, technicians could recall and save presets for the many different types of events typical to the hall, and also make custom adjustments to every speaker via touch screen control.

Many of the event production staff noticed immediately the difference from the old speaker system, and have already used the space in ways that we have never seen before. One producer commented, “This is a game changer.” For me, the most satisfying aspect of the project is that the majority of audiences that will experience the new and improved audio, delivered through a feat of engineering and execution, won't think about it all. Because it sounds so natural, it doesn’t stand out at as anything out of the ordinary. It is something that the audience can take for granted: clear audio in every location, and more than that, they can focus on the content of the audio and not the audio itself. 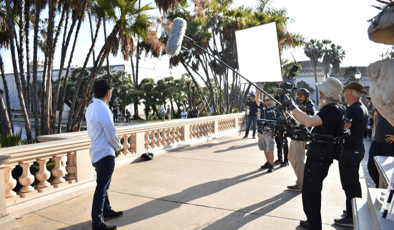 The Revolution of the Gig Economy

Today an increasing number of workers are veering off the traditional career path of joining an... 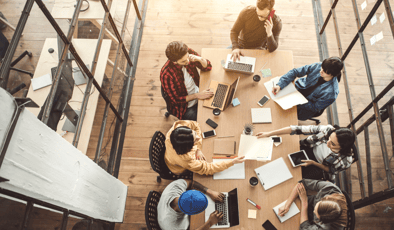 US-based companies identify “an inadequate supply of qualified and skilled talent” as the...