Here’s the thing friends, it’s not 2006 anymore. That’s right, the first Tweet was sent out eight years ago. So if you have to ask me this, I have to be honest and tell you, you’re a little late to the party. Twitter is not new anymore. But I hear it all the time, so I want to say once and for all why every living-breathing professional should be on Twitter.

Here’s why every media professional should be on Twitter:

1. It’s the new newspaper except better.

Twitter is for people who want to be first. You get news first, read new ideas first and are in-the-know…. first. You can select what kind of news you want to follow and even get alerts and updates on certain topics you select… as it happens and in real time. You can also track trends you are interested in by using hashtags (the coolest way to find info you’re looking for quickly.) Twitter allows you to be in the loop and knowledgeable about things that are happening in your industry, it makes you more marketable when you are aware of current trends in the industry, especially as technology is so quickly changing around us.

2. It will actually help you land your next job.

According to Career Builder, 37% of hiring managers and recruiters are using Twitter  and other social media to recruit for a specific position. By using hashtags in your tweets and getting involved with twitter chats related to your industry, you are positioning yourself as an expert. Using hashtags at conferences will help you also grow your network with other professionals attending the conference, creating an opportunity for you to connect in person. This is invaluable. In addition to this, unlike LinkedIn, Twitter is an informal platform to connect with recruiters who work in your industry and create an open dialog.

3. It’s a way to connect with people who are like you.

Maybe you want to use Twitter to network with people in your field, or maybe you want to connect with people who share similar interests. I’m in marketing, so I follow a lot of professionals in the marketing world. I have recently taken up running, and so I have also connected with other runners. I know what the next question is…. Why? Why connect with people you don’t actually know? Because they are probably posting articles and tidbits about the same things you are interested in that you may have never known about otherwise.

4. It builds a specific and relevant network.

Think about it, you have over 1,000 “friends” on Facebook that you talk to twice a year, once on your birthday and once on theirs. On Facebook people have an unlimited amount of space to rant on and on about whatever topic that recently reached Buzzfeed, and most likely, you could care less. And if you “friend” someone you don’t actually know on Facebook, well you are automatically labeled as what my friends and I would call a “creeper.” Which brings me to LinkedIn. LinkedIn is great for networking from a business perspective, but it’s not going to tell you everything you want to know. On Twitter you can connect with people based on anything that makes you YOU.  Everyone is different with specific passions, interests and hobbies. Whether it be a sport you watch, a TV series you can’t live without, a country you are looking to travel to, a new city you moved to, the industry you play in, a coffee you like to brew or what you like to do on the weekend. The opportunities to connect are endless. And the best part, your Facebook friends that rant on and on, are limited to 140 characters or less on Twitter. Perfection.

As people we have an internal instinct to want to know how other people view the world. So why not connect with people who have similar interests and be globally connected in a way that will make you a more educated, inspired and connected individual.  Oh and if you’re into media or looking to connect with other media professionals, follow @TeamPeopleTV…. We tweet about that stuff.

One of my favorite features on LinkedIn is the blog posting from their so-called Influencers.  The... 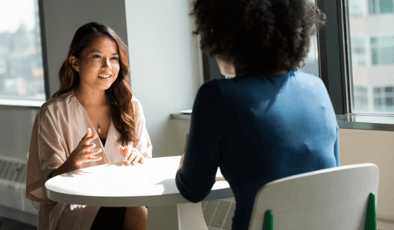 In my years of experience in the HR/Staffing industry, I’ve had to explain COBRA to many employees...