While at a conference of production industry colleagues, I was struck by the repeated mention of being BOLD. Although far from a unique concept, the stories cited by a variety of speakers were so thought provoking that I was challenged to re-examine my own style as a producer, presenter, manager, and writer. I pondered ideas like:

What Does It Mean to Be Bold?

While boldness might be equated with arrogance or showiness, there is an interesting counter argument. In a world of sameness, having the confidence to Be Bold might actually be the thing that distinguishes one person, company, or idea from the rest. A bold idea, image, message, concept, plan, design or strategy could be risky, but in our business risk taking comes with the turf. We notice when a producer approaches a project with a concept that is far different than we might do it – but it works like gangbusters. We might cringe when a bold, demanding leader pushes the team to his/her vision of excellence but in the end, the work winds up being superior. Isn’t it far more interesting to read the words of a bold writer than one who uses vanilla phrases?

I thought about a number of examples that were indeed BOLD and where I was part of the intended audience. This was not too difficult since their boldness was what made them memorable. The examples represent three very distinct parts of the industry spectrum:

A young guy arrived in my office several years ago trying to break into the business. He was one of many faced with the daunting task of having no real world experience but certain that he wanted to get into production. However, from the moment he arrived, I realized that the guy was not like the vast majority of the others. It began with his resume. Expecting the standard recent college grad resume, Tom surprised me with a newsletter – about Tom. It was inventive, well written, nicely designed, funny, and most of all, BOLD. This was a guy who understood that to stand out from the crowd, being creative and bold in a creative industry was worth the risk. Whether he was strategic or it was just part of his DNA didn’t matter. He caught my attention and nailed the interview.   He got the job. Now a few years and jobs later, Tom is firmly established in a great career. A link to Tom’s Newsletter Resume.

In the world of corporate video, there tend to be more conventional approaches to video production than imaginative. Whether it is the judgment of the producer that their audience couldn’t deal with a high concept piece or they didn’t take the time to explore a more interesting way to communicate the desired messages, the result is usually a competent production but not one that boldly stretches the limits. In other words, it got the job done but was not memorable. However, great work stands out.

At an annual event where corporate producers from around the US show their productions for industry peers, the audience always anticipates the work of several producers. Why? It is because they are well known for being bold conceptually, artistically and technically. Their choice of words and images draw the audience into the message. It is certainly an exception to the rule to use beautifully shot images of a performance by a teenage classical pianist to illustrate a business issue.

Whether the production design is elaborate or quite simple, I’m always left with the 2 or 3 important ideas or takeaways that surely were what the producer wanted me to retain. These producers know how to be bold, imaginative and the best at what they do.

Example #3: The Director of Retail Design

It’s not often that career media production executives are uniformly challenged to sit up and pay attention to a speaker at a trade event. After all, the “been there, done that” syndrome is pervasive. But a recent presentation by a guy playing in the biggest of big branding leagues turned everybody’s head around. If you look up Being Bold in Wikipedia, his picture and ideas should be used to define the concept.

The presentation revolved around his project to re-image 1,000 of the company restaurants a year until every one of the thousands in the US is done.  This is not a project for the faint of heart. And this guy was anything but. How do you dramatically change the look and feel of one of the most familiar fast food restaurants in the world, upgrade the menu and broaden the accessibility to new segments of the population as well as retaining every family and their kids? The answer? With fierce determination to get it right, confidence to tell upper management and staff that he is tough to work with but will deliver the results and the creativity and drive to assemble and lead a talented team of diverse professionals. This can only be accomplished by being bold.

His mantra – “If you’re the best in class, there’s no such thing as too expensive. If you’re not delivering value on strategic message, if you’re just delivering a production service, you’re too expensive. No price point will be low enough if you are just a commodity.”

Although this quote refers to price, one could apply the essence of it to any area of what we do in this industry. BEING BOLD can be about writing, presenting, negotiating, leading, creating, messaging, shooting, editing, programming, designing or last but not least communicating. It can come in small packages or large. In the end, it is about being on your game and being a little different from the crowd.

Say you just landed an interview. Your experience and education are a great fit, but what else will... 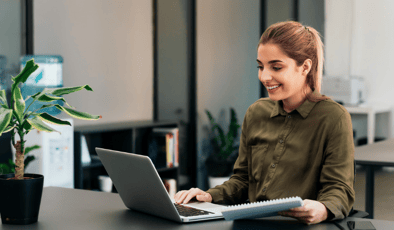 5 Tips to Prepare for An Interview

Congratulations! Your resume has topped a pile of tens, hundreds, or even thousands of resumes, and...