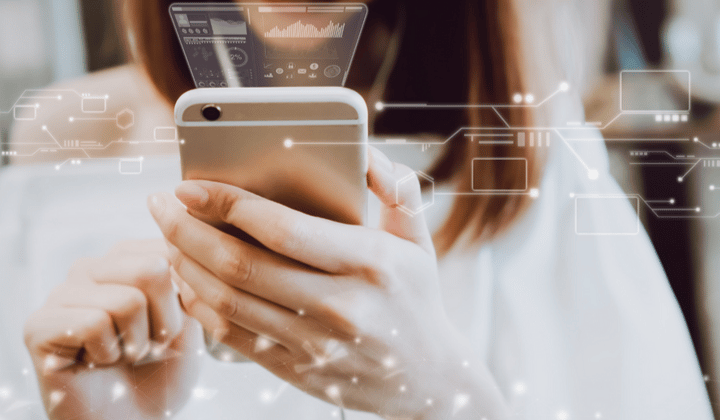 2018 marked the second iteration of the Future of Media Leaders’ Summit hosted by Al Jazeera in Doha, Qatar. While there were product demonstrations by a few of the supporting vendors, the focus was clearly on the information shared through key note presentations and panel discussions. The ever-evolving theme of the summit revolved around cloud technology and artificial intelligence (AI). During panel discussions, three simultaneous panels were held, one focusing on technology, another on workflow, and the third one on content and distribution. Panels consisted of media and technology executives that candidly shared their views on the topic at hand.

On the first day of the summit, cloud technology and cyber security were at the center of the presentations. Avid’s recent partnership with Microsoft Azure, both of which have partnerships with Al Jazeera, is evidence of maximizing the cloud by utilizing cloud-based applications that will give content producers much more flexibility to create and edit material on the fly and in the field. In regard to infrastructure, the impression I got from the panelists was that a hybrid solution, consisting of on premises and cloud-based storage, was the mixture that the majority of major film and media industry titans were either already utilizing or had plans to implement in the near future.

Over the last few years, there have been multiple attacks on cloud-based storage, which was the primary focus of the cybersecurity talks. Most of the cloud-based attacks were a result of security tools not being properly used and the discussion moved to providing training and convincing non-technical users to take advantage of two-factor authentication and various other cybersecurity tools to ensure only authorized people had access to sensitive material stored on the cloud, but it seemed to be accepted universally, that the cloud was more secure than traditional storage systems, due to the fact that cloud providers had an army of cybersecurity specialists working on defending and developing tools, whereas, the media industry did not. Additionally, in the realm of cybersecurity, “Fake News” also played into the narrative. Keynote Speaker Haroon Meer, founder of Thinkist, demonstrated how his team used “Weapons of Mass Distraction” and was able to easily manipulate trending news feeds on major news websites such as The New York Times and The Wall Street Journal. In the end, the panelists didn’t have many recommendations on how to combat “Fake News” beyond making sure their organizations continued to deliver fast and accurate news to their viewers.

Day 2 of the summit shifted focus to Artificial Intelligence or AI. Over the last 2 days, no topic created more buzz in the summit, than AI did. From concerns of machines taking over the world, to journalists potentially being out of jobs, everyone agreed that AI can be useful to augment the capabilities of the media and should be sought after to implement in the media industry. One panel focused on the creation of the position “Chief Algorithm Officer” to determine how AI should be used in an organization to meet its goals, which the panel all seemed to agree on. My favorite quote from the AI discussion came from Dr. Yaser Bishr, the Executive Director of Digital for Al Jazeera, saying “AI is not the industrial revolution… The speed of evolution we are experiencing with AI far exceeds anything that we have [seen] before”. He went on to say that any machine that can produce knowledge that has not previously existed in a matter of hours, is dangerous to humankind.

The Newsroom of the Future

Did you attend The Future of Media Leaders Summit? What were your biggest take-aways? 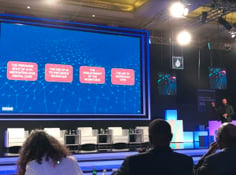 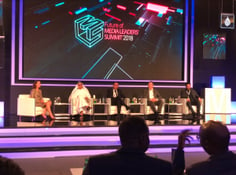 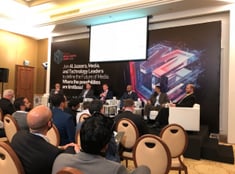 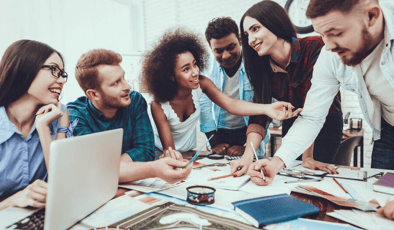 Building a Culture of Teamwork

You might have taken a hint from our company name being TeamPeople, but we strive to continuously... 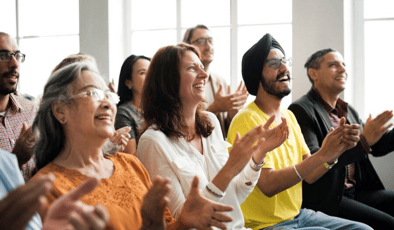 We believe at the heart of every business relationship is a personal relationship, and that is a...